This Indian-American makes a power point 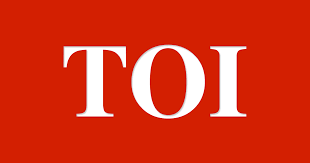 This Indian-American makes a power point

THE TIMES OF INDIA

NEW DELHI: Indian-American philanthropist Manoj Bhargava sees electricity as an enabler. It can help people make a living and “solve some of the biggest problems faced by the rural poor in India”, says the world famous billionaire.

Bhargava has showcased three products, which he thinks could improve lives in rural India. One of them is the HANS PowerPack, a portable electricity generator that could be used as a torch, and charge cellphones and run computers, fans, TV sets etc. Bhargava said this technology could provide electricity wirelessly.

“Wires are heavy, expensive and high maintenance. With the powerpack, people wouldn’t have the problem of power theft,” said the founder of the Billions In Change movement.

The 3.5 kg portable device can be charged through a special solar panel in less than four hours. It comes with a 12-year warranty, which Bhargava says “is the most anyone can give in India”.

Bhargava believes this technology would change lives just like cellphones. The Uttarakhand government would also obtain 1 lakh PowerPacks to provide power in villages where it’s difficult to erect poles.

Since most diseases in India are caused by poor drinking water, “our goal is to give people clean water so they can be healthier, more productive, and experience higher quality of life,” Bhargava said.

The RainMaker makes dirty water usable, effectively creating new water sources. This could be critical in drought-hit areas. “These machines have the potential to push off water crisis for several years, and possibly decades,” Bhargava said.

The Shivansh Fertilizer method is a cost-free alternative to urea. It is made from farm waste. The whole process takes 18 days “and is available online for anyone willing to learn and teach the farmers who can bring dead soil back to life within one planting season”.

This natural method, Bhargava said, is effective as it uses less pesticide and water, and could increase yield.

Bhargava also said that it’s the private sector that should be innovating and assisting people. “The government’s heart is in the right place, but without proper instruments and means, not much can be achieved,” he said.

At length, however, Bhargava said he has no plans of manufacturing in India as he believes it is tough to do business in this country. But he hoped things would change for the better soon.